“The one thing we always do to prepare for nights out is pre-drink! Besides that its just seeing what goes on I guess”

Tired of cookie cutter celebs and how everyone at school looks the same, Alternative Tribes are driven by the need set themselves apart from the mainstream. From candy-hued hair to sleeve tattoos and multiple piercings, they’re determined to be different – but do it together.

Lucky for them, Internet culture means the alternative lifestyle has never been so accessible – or so popular. Getting acquainted with the 70s punk rock scene, The Strokes’ ‘Is This It’ or Skrillex’s latest remix is just a click away. Though most Tribes are fluent in digital, the Alternative Tribes in particular define their tastes, friendship groups and activities online more than anyone else.

Alternative Tribes are passionate about music, sharing an appreciation for live music, independent record shops and grass roots talents – it’s all about authenticity and being ‘real’. Unusually, Tribe members will buy music to support the artists they love and a dedicated merchandise and gig goers. Rather than rebelling against specific objectives, the Alternative segment is motivated by a need to be themselves, nothing more, nothing less… 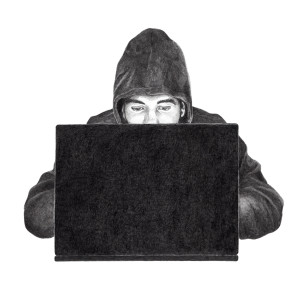 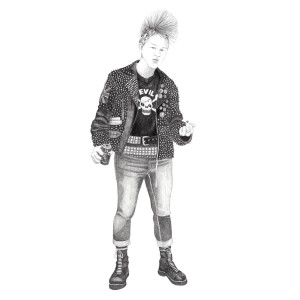 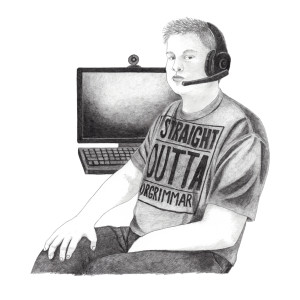 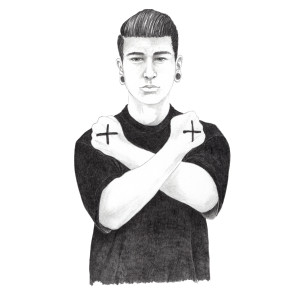 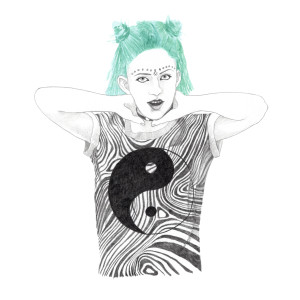 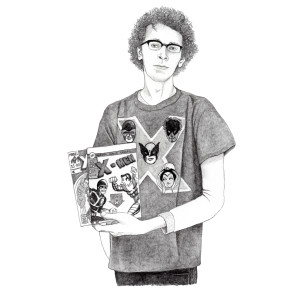 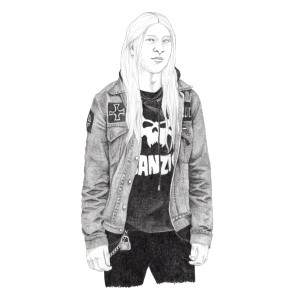 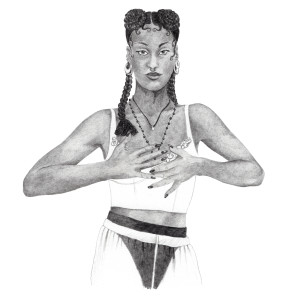 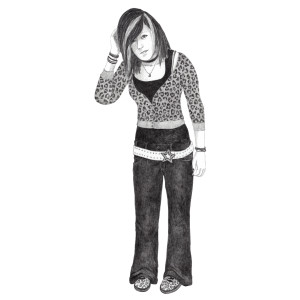 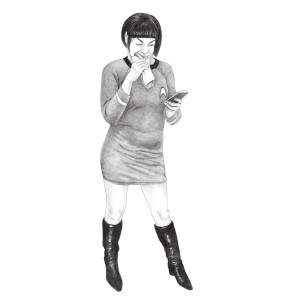 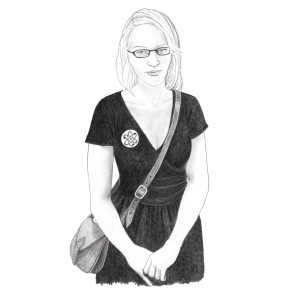 Skaters are one of the few activity-based Tribes, enjoying their new influential status as Skater trends become embraced by the Urban, Leading Edge and Aspirant Tribes.

Skaters are one of the longest standing subcultures worldwide and an archetype of what a Tribe is – clear passions, hobbies, interests, language, media and venues that hold them together.

While the Skaters themselves continue ‘as normal’ in UK youth culture, the rise of skate-inspired fashion across the Tribal map (from Made In Chelsea to Hipsters in Shoreditch) means the Skaters are more defensive about their subculture than ever before. While skate culture will never go away, the more prevalent and stereotyped it becomes, the more ‘true’ Skaters will need to defend their Tribe.

Hardcores have a serious affinity with a screaming genre of punk and the straight edge scene – wearing their distinctive tribal tats and turn-up look with pride.

The Hardcore joined the Tribes in 2012 in a flurry of slam dancing, and Straight Edge ethics; with X’s drawn on their tattoo-adorned hands. Today the Hardcore remain (especially in the west), but their Hipster-esque look (skinnies, band Ts) means they have come under similar threat from Aspirant adoption.

Gaming isn’t about ‘real’ versus ‘casual’ – ‘real’ has a myriad of sub-Tribes who are competitive and highly political.

Real Gamers have become Hardcore Gamers in 2015. With the majority of young people playing computer games (including Townies spending hours on RPGs) ‘real’ wasn’t enough – today the Hardcore Gamers are those that really contribute to gaming culture. It’s not just about computer games either – tabletop gaming venues are emerging across the UK and games like Yu-Gi-Oh and Dungeons and Dragons are making a comeback.

Unlike pop-star and vlogger-loving Fan Girls, Superfans want niche knowledge, merchandise – and are the most active Geeks of all.

Superfans are a new Tribe to accommodate the Alternative online force – the Twitterati, Fan Fiction writers, Tumblr-managers and thousands of other (often very young Tribes) who are Geeking out online and following their passions minute-by-minute

Metal Heads left the Tribes map in 2012 on the grounds they had grown out of the scene or been absorbed in to other Tribes, but in 2015 we find them going strong with a younger audience in cities like Birmingham.

The modern Metallers are all about head banging, band T-shirts and loud music (as ever!) but are distinctly different to their Hardcore cousins – today’s Metallers love a drink and are just as likely to have dance, Lady Gaga and pop punk alongside heavy metal on their playlists. More of an entry-level Tribe than metal stereotypes would suggest, the normalisation of tattoos and diversifying music tastes across UK Tribes mean Metallers are more common than you’d expect

Punks are back – with punk fashion all over the high street, punk and metal music in the Mainstream and Activists back on the map, the Punk/Metal/Hardcore sub-section of youth culture is more diverse and interconnected than ever before.

While Punk is one of the longest standing youth Tribes, today’s Punks are more of a sanitised subculture than the original icons – dominated by younger Tribes (plus a few stalwarts in their 20’s) taking on the music, politics and fashion cues of the scene

Sea Punks are a niche digital subculture that originally stemmed from social media and nostalgia around 2011 – especially in Paris and New York, where Sea Punks were closely connected to nightlife scenes. Having started as a web parody (sorry Sea Punks!) the look was adopted by artists like Azealia Banks, Katy Perry and Rihanna and distributed to the Mainstream. Sea Punks in the UK today still have the neon blue hair, hippy iconography (from wind catchers to weed logos) and the link to digital arts – and are the closest Alts to Hipsters.

Hackers are the Tribe you’ll only find online, and have a huge worldwide presence – made famous for the Dark Net and the occasional teen that’s caught taking down the CIA from their bedroom in Lancashire. While the Hackers in Germany are a major Tribe and overlap with Activists, Hackers in the UK are tightly under-wraps – you’re more likely to get a 404 notice than an interview.

Ghetto Goths (and the sister trend/Tribe Health Goth) stem from fashion label GHE20G0THIK’s fashion parties in NYC; and the ensuing Tribe that mixes hardcore Alt Goth style with Urban street wear. ‘Killed’ by Riri (in the words of founder Venus X) the Ghetto Goth look spans UK Tribes and is credited with bringing Dr Martens to the Urbans and brands like Hood By Air to the mainstream.

The Geeks are a huge Tribe – everyone has a Geek in their group in 2015. Being a Geek has become increasingly cool.

The Geeks are back! After leaving the map in 2012 and re-joining as Misfit/Nerds, being Geeky is cool and incredibly normal for Tribes today – indeed, everyone has a bit of Geek in them. Knowledge is cool for the Tribes today – they want to be informed and have knowledge to share, and the monumental rise of Young Adult Literature and shows like The Big Bang Theory and Brian Cox have brought the Geeks to the fore – and paved the way for smaller, more extreme Tribes like the Cosplayers.

This geeky, Japanese-obsessed Tribe has a passion for gaming, anime, manga and role play.

Cosplayers are a global Tribe rooted in Japanese comic culture, and have been around for decades – they certainly aren’t new. Japan is having a cultural revival in the UK, and alongside the return of classic Japanese entertainment franchises, games consoles and Kawaii-inspired fashion, art and music in wider culture; the Cosplayer (and related anime, manga and gaming strands) are more evident in UK youth culture than ever before. As the strong online community has grown and attracted especially younger teens to the scene, Anime and Gaming Cons and online forums are giving otherwise ‘invisible’ youth cultures real presence. 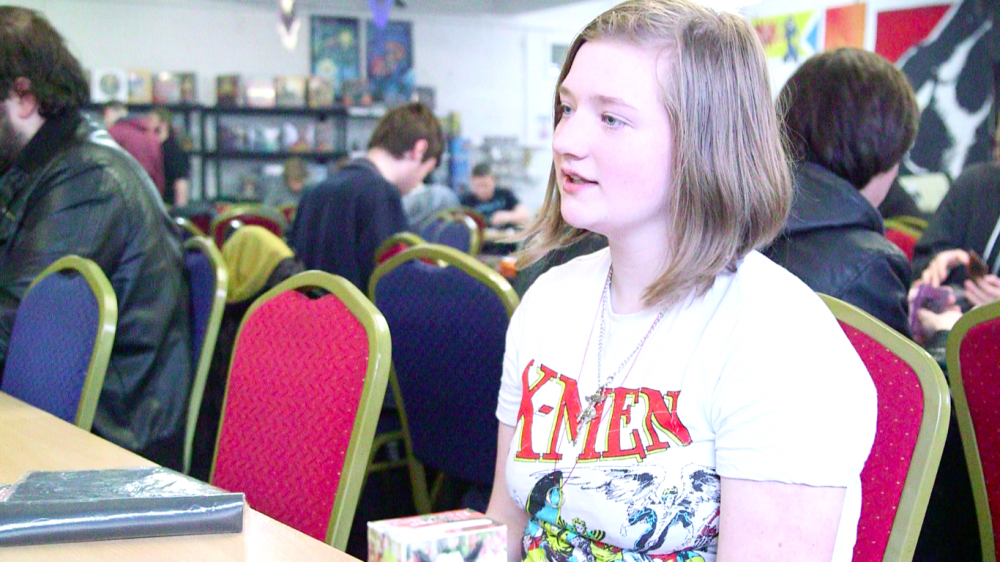 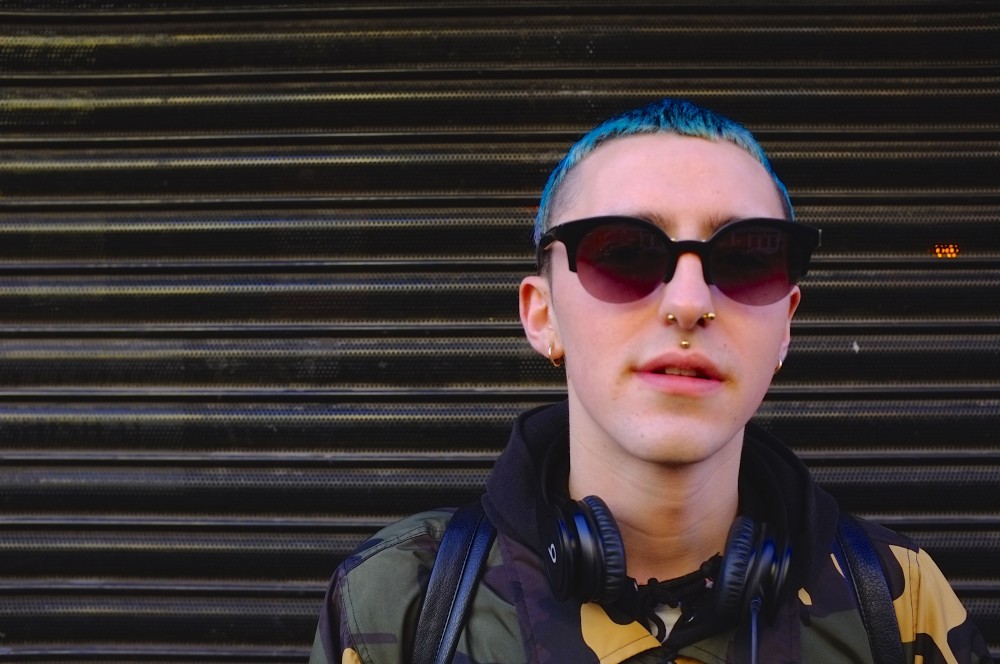 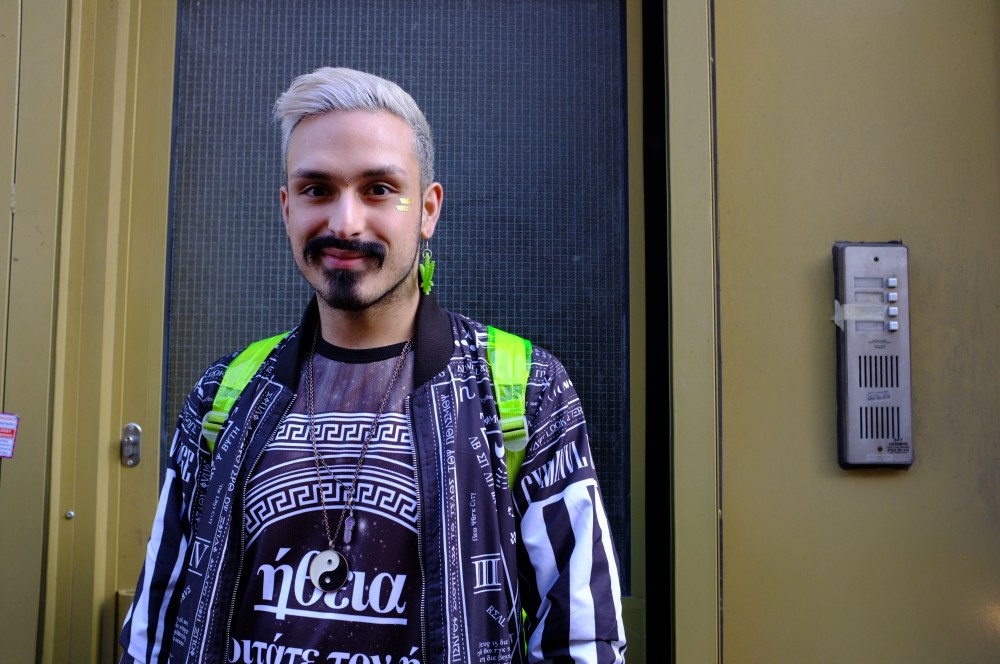 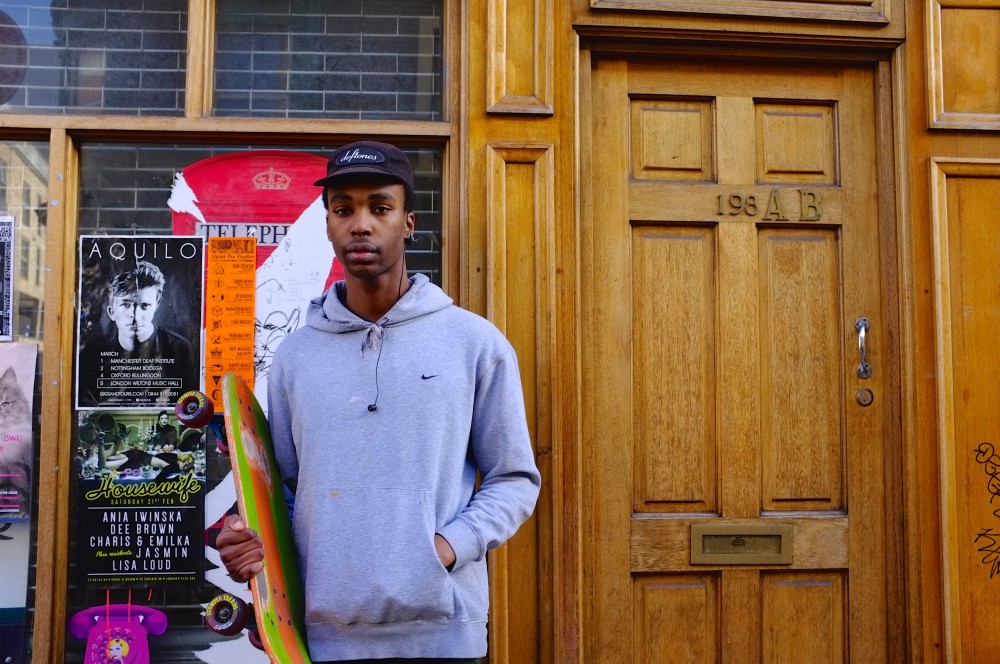 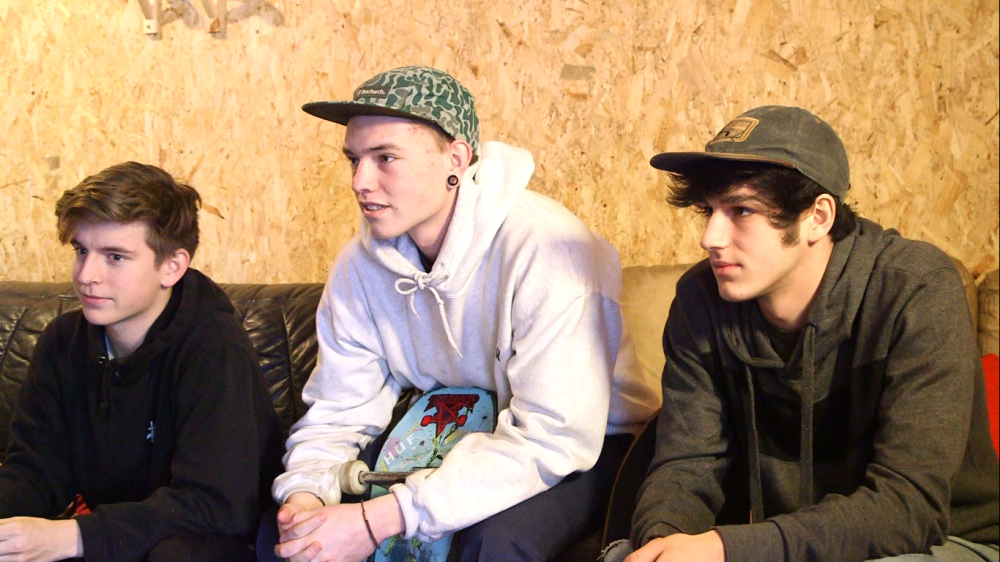 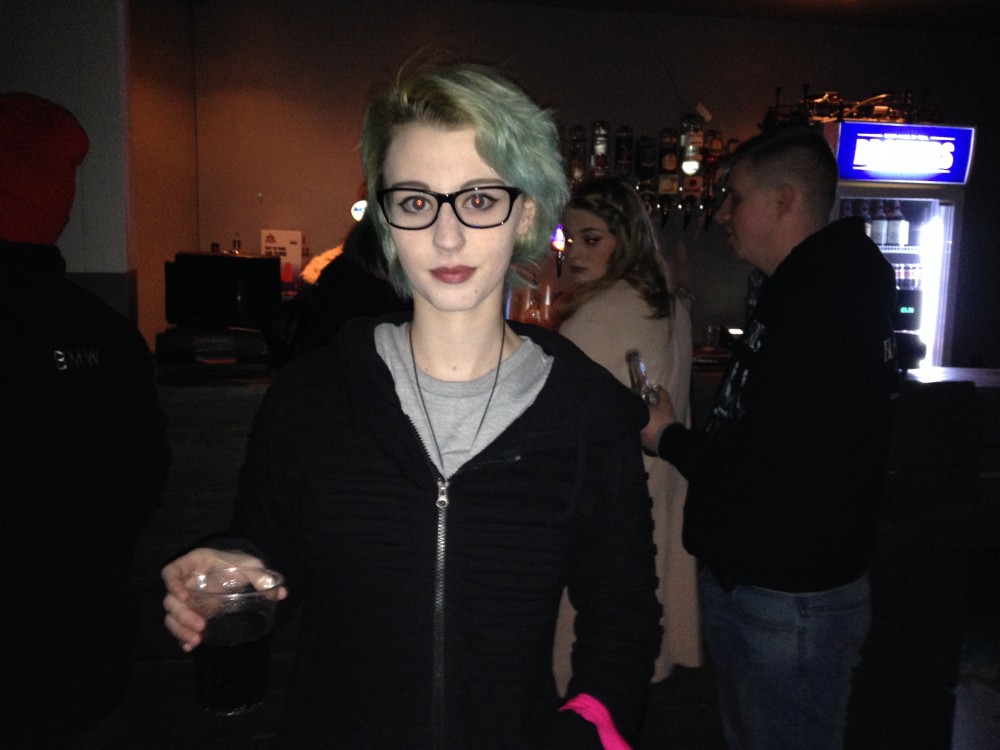 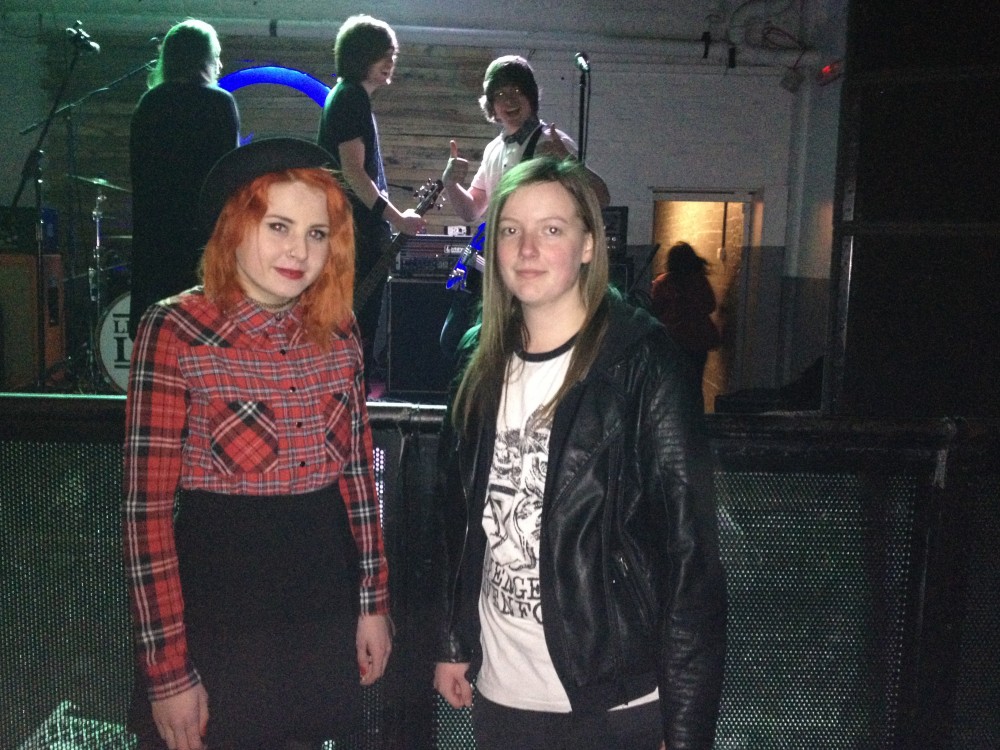 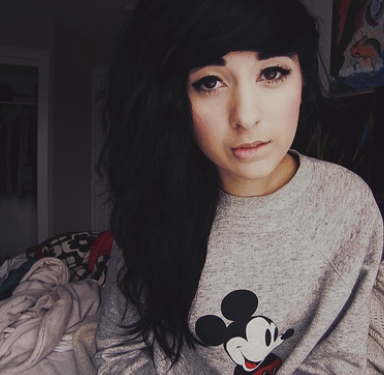 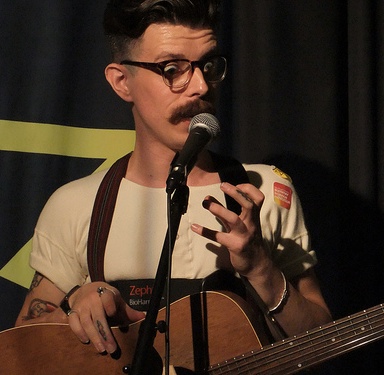