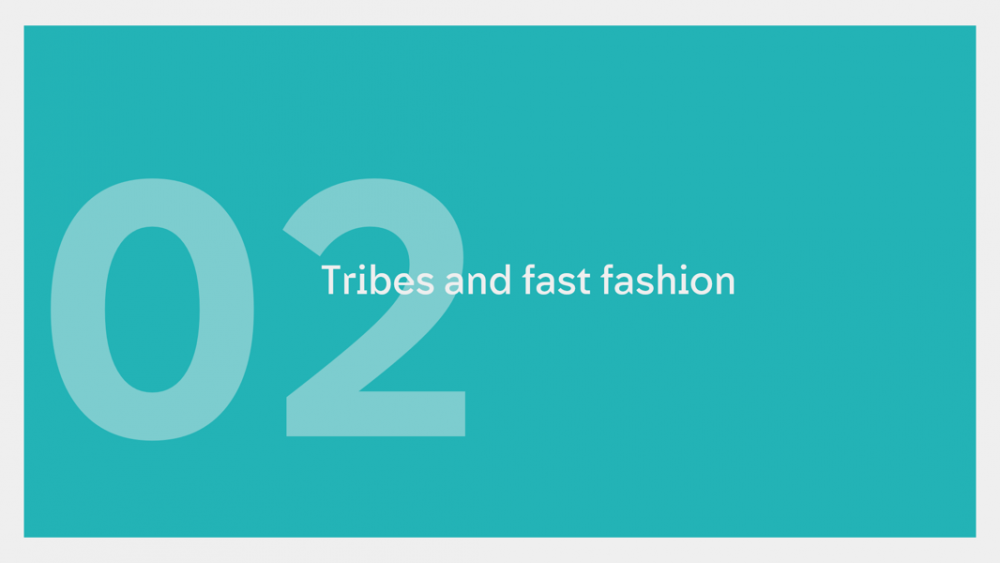 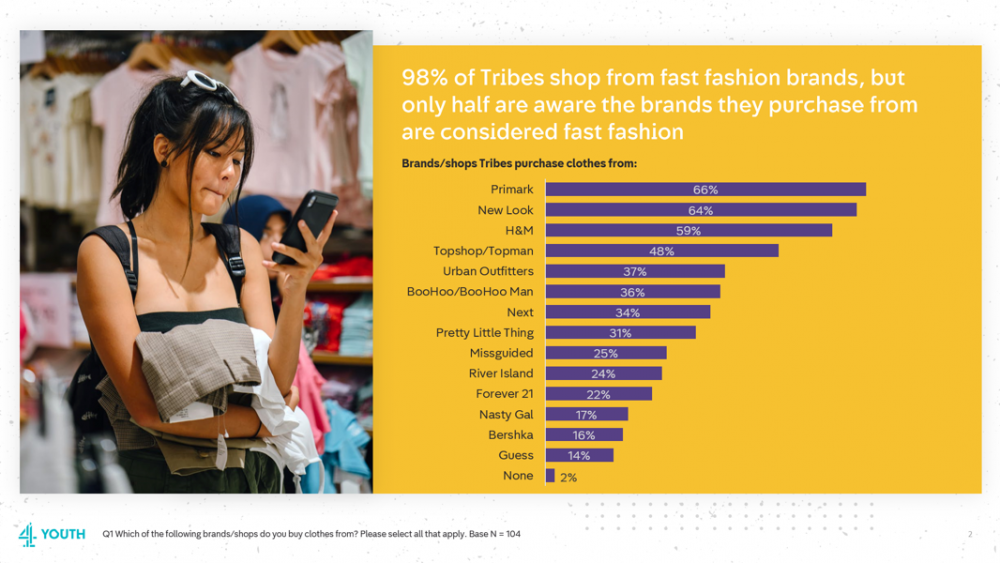 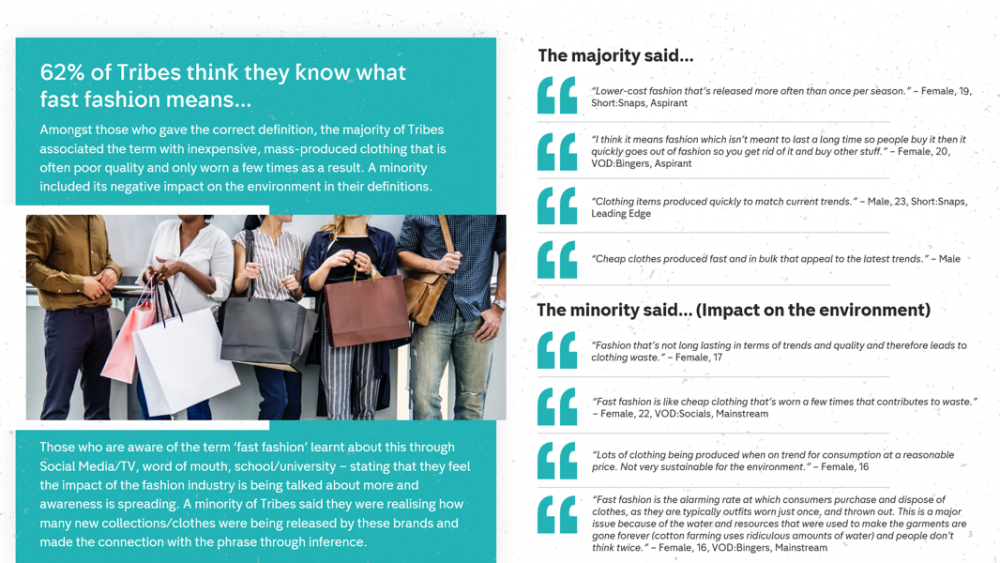 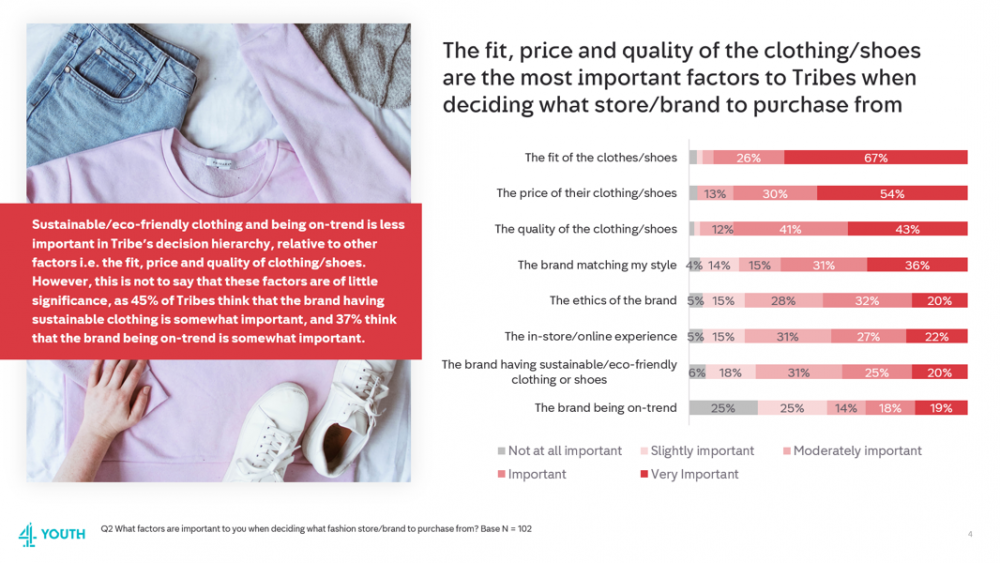 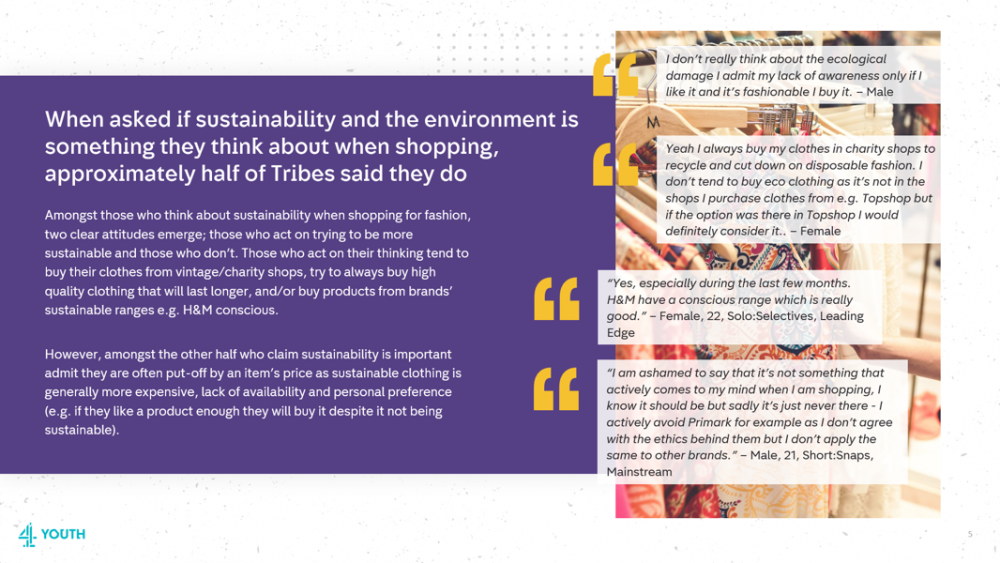 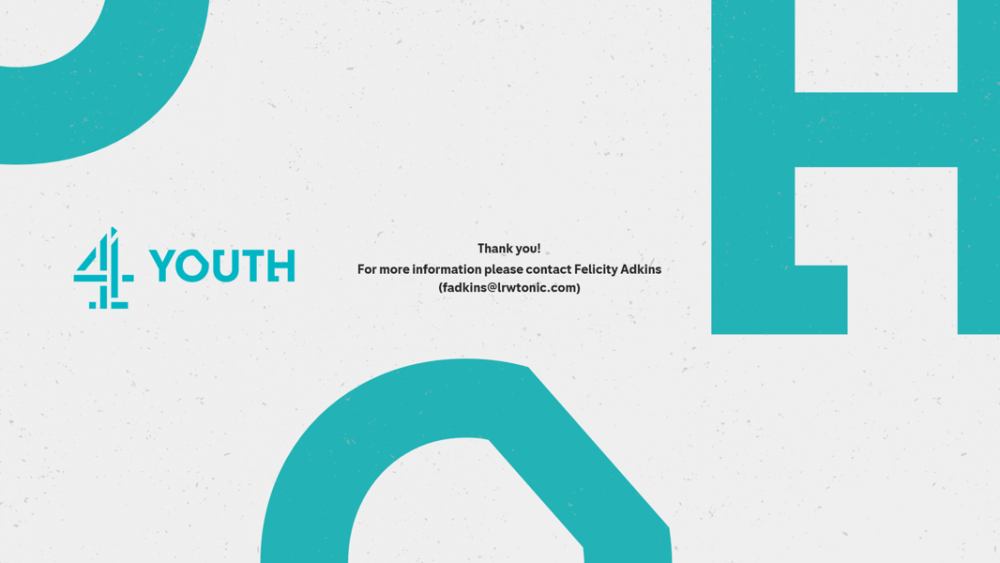 98% of Tribes shop from fast fashion brands, but only half are aware the brands they purchase from are considered fast fashion

62% of Tribes think they know what fast fashion means…

Amongst those who gave the correct definition, the majority of Tribes associated the term with inexpensive, mass-produced clothing that is often poor quality and only worn a few times as a result. A minority included its negative impact on the environment in their definitions.

Those who are aware of the term ‘fast fashion’ learnt about this through Social Media/TV, word of mouth, school/university – stating that they feel the impact of the fashion industry is being talked about more and awareness is spreading. A minority of Tribes said they were realising how many new collections/clothes were being released by these brands and made the connection with the phrase through inference.

“I think it means fashion which isn’t meant to last a long time so people buy it then it quickly goes out of fashion so you get rid of it and buy other stuff.” – Female, 20, VOD:Bingers, Aspirant

“Cheap clothes produced fast and in bulk that appeal to the latest trends.” – Male

The minority said… (Impact on the environment)

“Fashion that’s not long lasting in terms of trends and quality and therefore leads to clothing waste.” – Female, 17

“Lots of clothing being produced when on trend for consumption at a reasonable price. Not very sustainable for the environment.” – Female, 16

“Fast fashion is the alarming rate at which consumers purchase and dispose of clothes, as they are typically outfits worn just once, and thrown out. This is a major issue because of the water and resources that were used to make the garments are gone forever (cotton farming uses ridiculous amounts of water) and people don’t think twice.” – Female, 16, VOD:Bingers, Mainstream

The fit, price and quality of the clothing/shoes are the most important factors to Tribes when deciding what store/brand to purchase from

Sustainable/eco-friendly clothing and being on-trend is less important in Tribe’s decision hierarchy, relative to other factors i.e. the fit, price and quality of clothing/shoes. However, this is not to say that these factors are of little significance, as 45% of Tribes think that the brand having sustainable clothing is somewhat important, and 37% think that the brand being on-trend is somewhat important.

When asked if sustainability and the environment is something they think about when shopping, approximately half of Tribes said they do

Amongst those who think about sustainability when shopping for fashion, two clear attitudes emerge; those who act on trying to be more sustainable and those who don’t. Those who act on their thinking tend to buy their clothes from vintage/charity shops, try to always buy high quality clothing that will last longer, and/or buy products from brands’ sustainable ranges e.g. H&M conscious.

However, amongst the other half who claim sustainability is important admit they are often put-off by an item’s price as sustainable clothing is generally more expensive, lack of availability and personal preference (e.g. if they like a product enough they will buy it despite it not being sustainable).

“I don’t really think about the ecological damage I admit my lack of awareness only if I like it and it’s fashionable I buy it.” – Male

“Yeah I always buy my clothes in charity shops to recycle and cut down on disposable fashion. I don’t tend to buy eco clothing as it’s not in the shops I purchase clothes from e.g. Topshop but if the option was there in Topshop I would definitely consider it..” – Female

“Yes, especially during the last few months. H&M have a conscious range which is really good.” – Female, 22, Solo:Selectives, Leading Edge

“I am ashamed to say that it’s not something that actively comes to my mind when I am shopping, I know it should be but sadly it’s just never there – I actively avoid Primark for example as I don’t agree with the ethics behind them but I don’t apply the same to other brands.” – Male, 21, Short:Snaps, Mainstream

Young people are most worried about climate change and pollution, the effects of which they fear will ultimately lead to... Read more about Young People and The Environment

Introduction We asked 107 of our Tribes their opinion on Nike’s recent  ‘Dream Crazier ad’. We wanted to take a l... Read more about Nike “Dream Crazier” 2019 Advert