A Lesson in Education 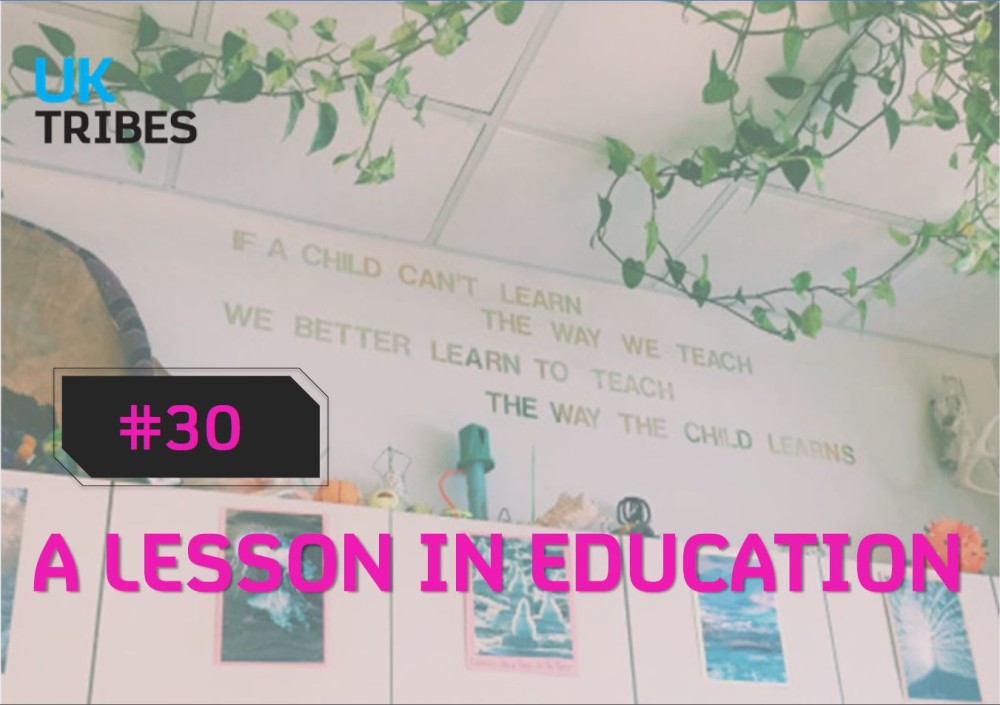 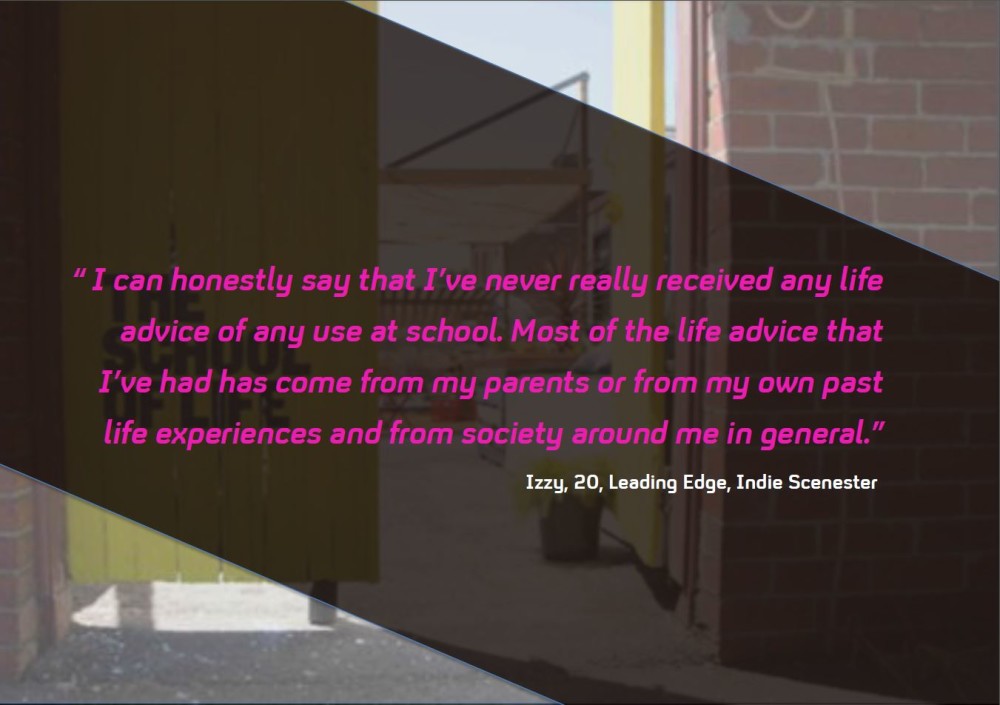 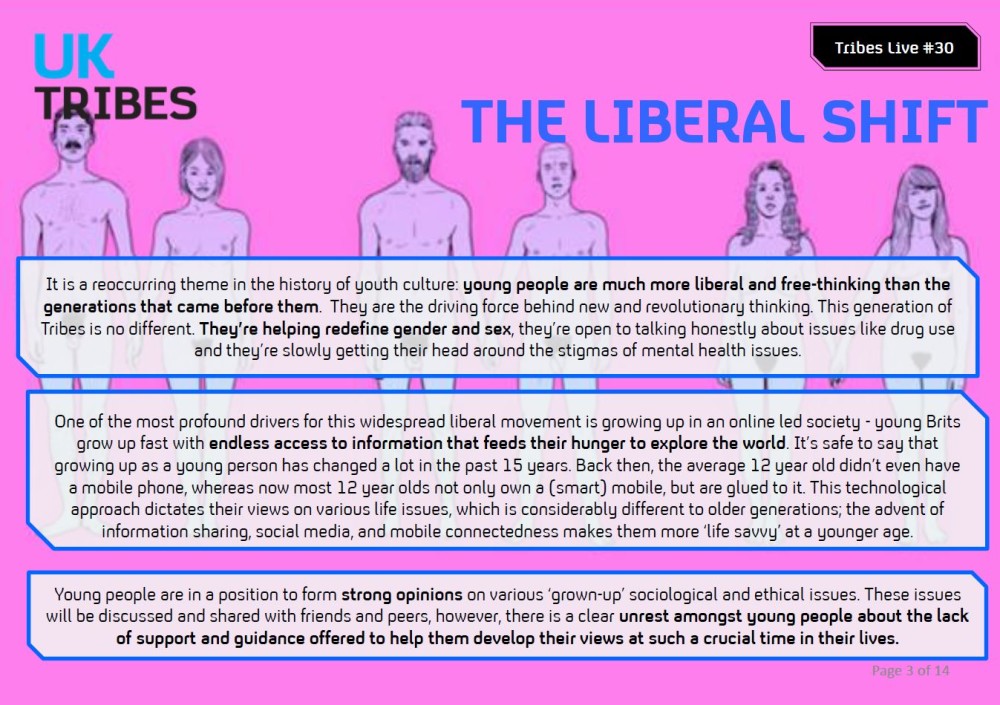 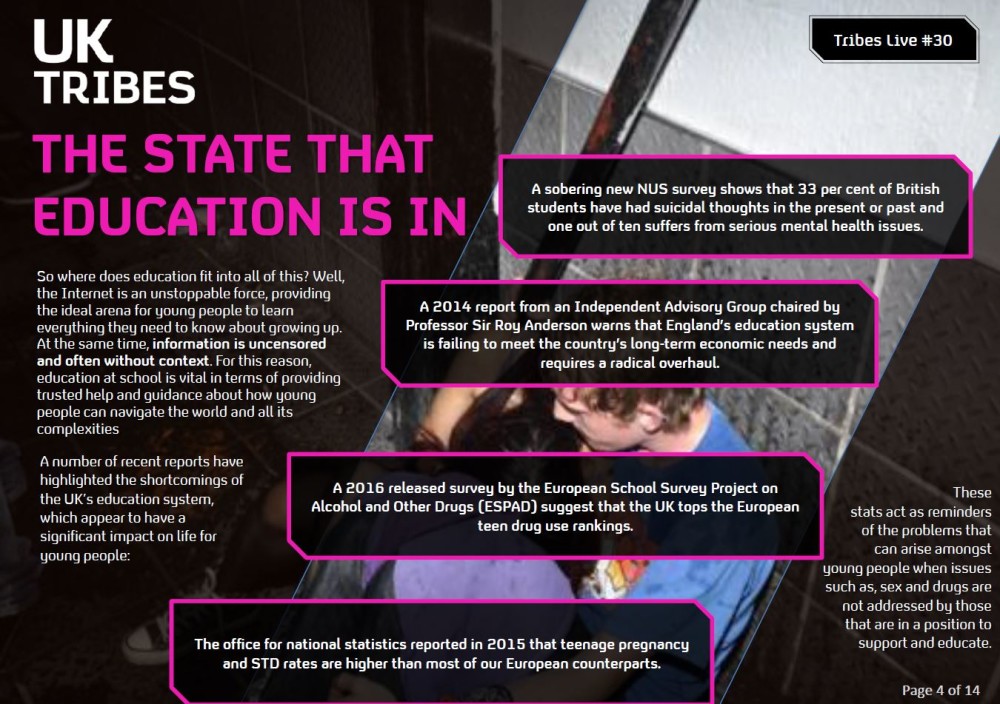 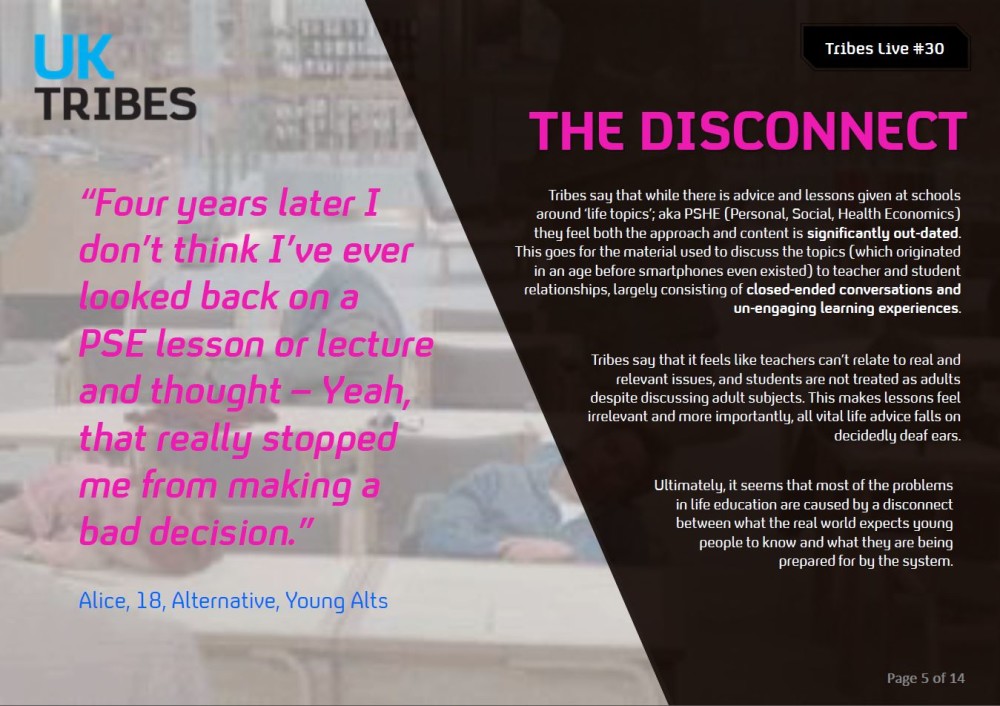 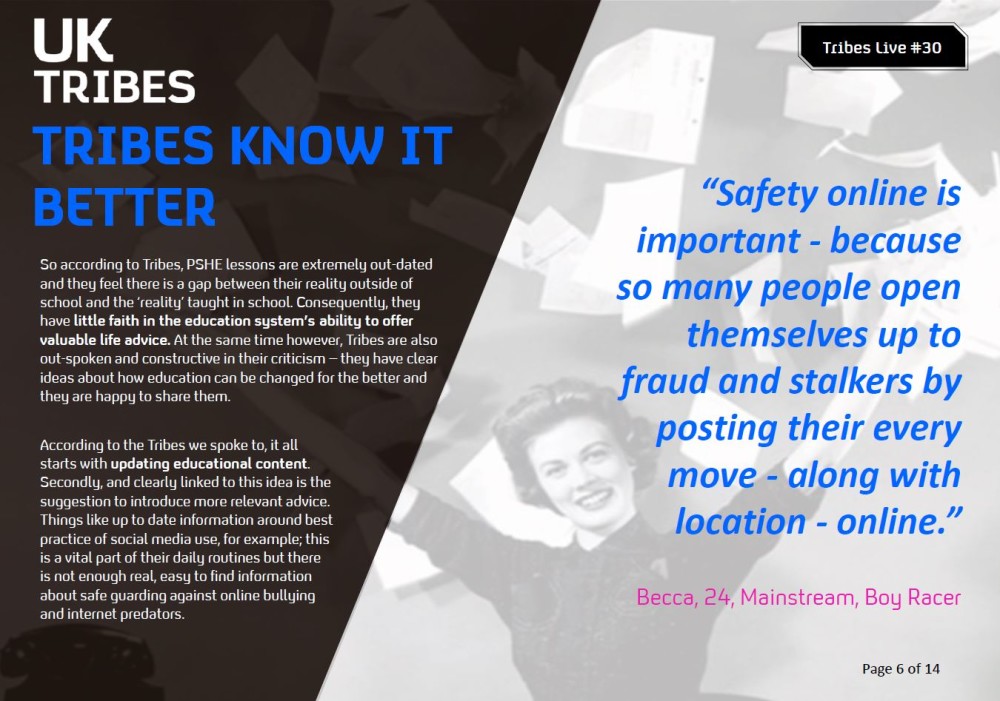 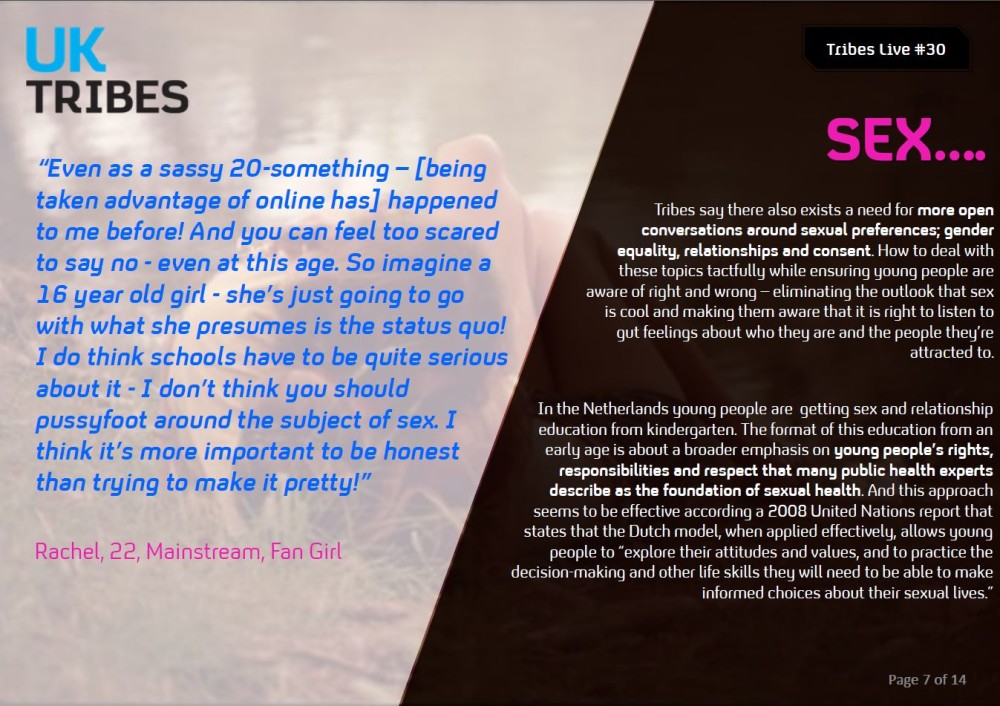 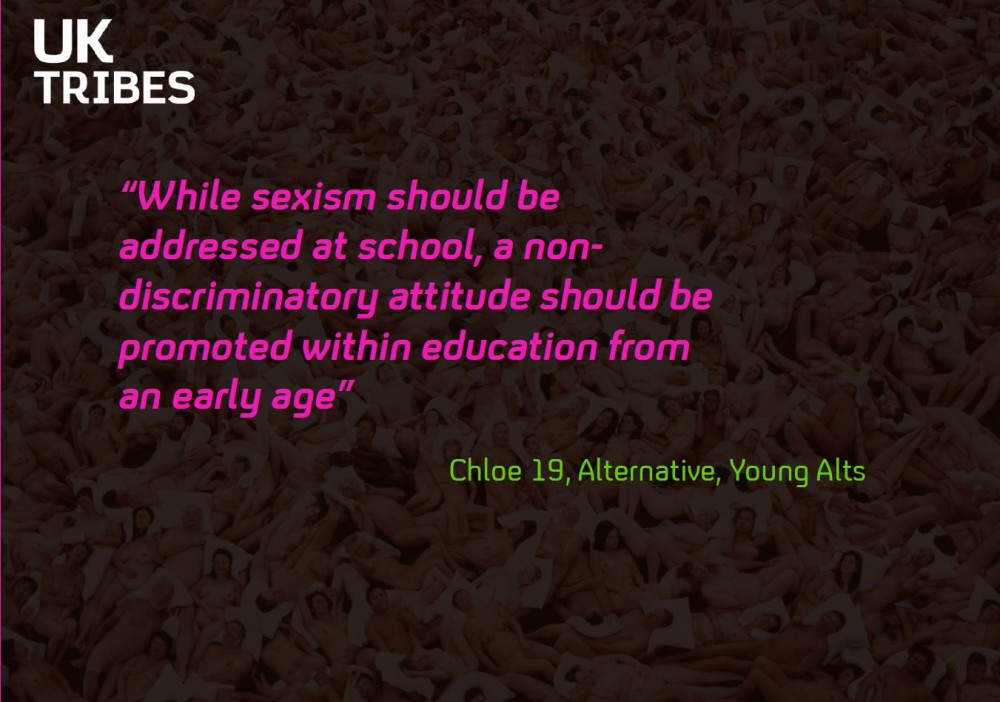 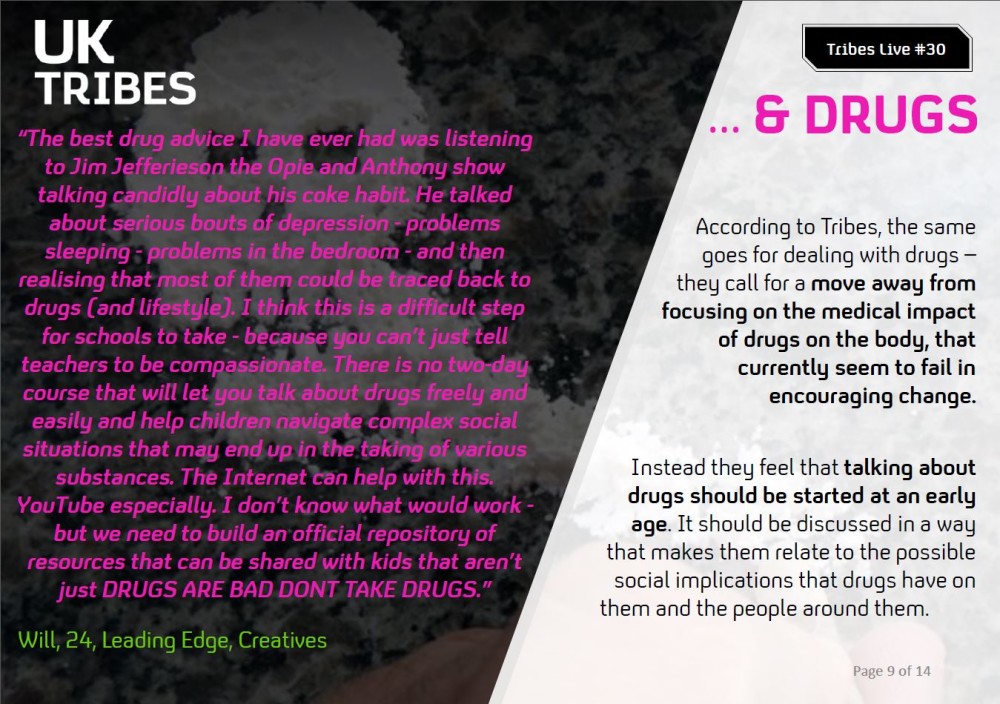 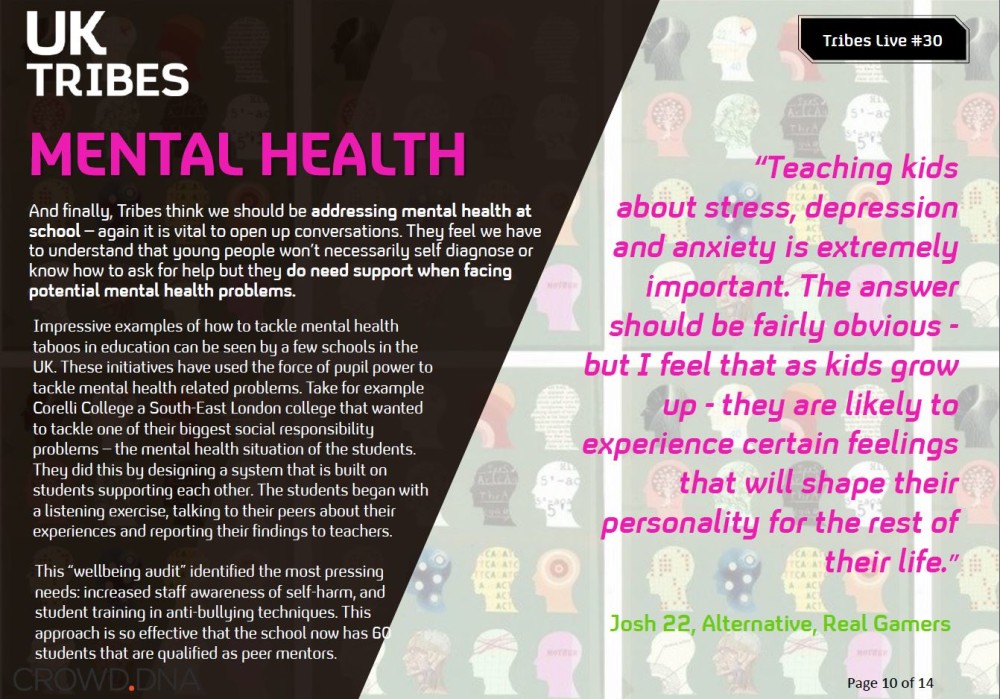 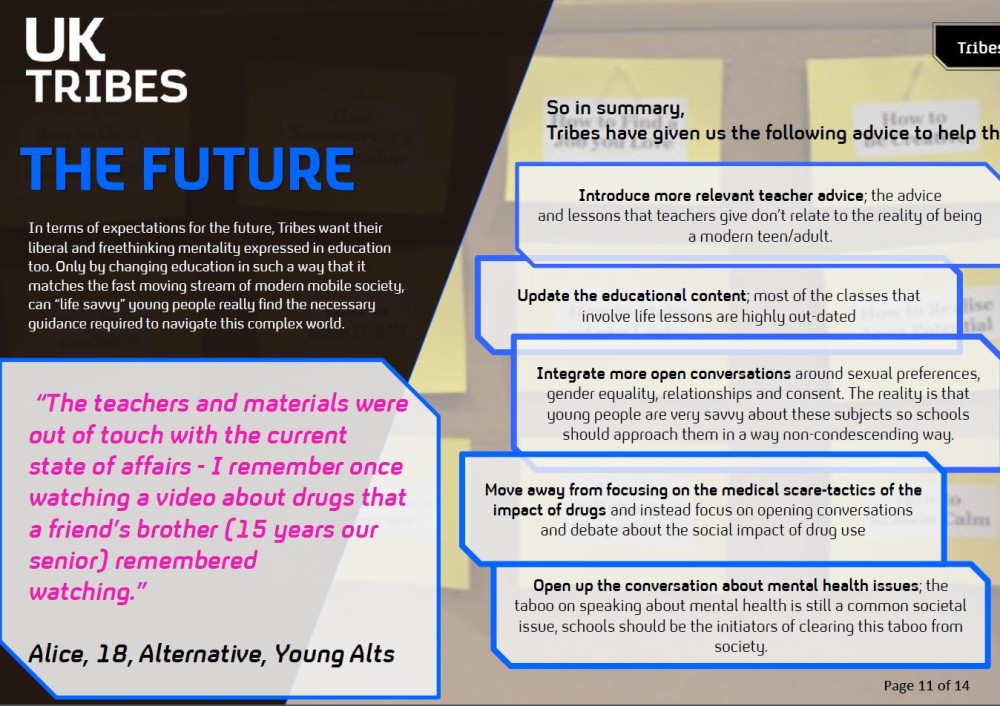 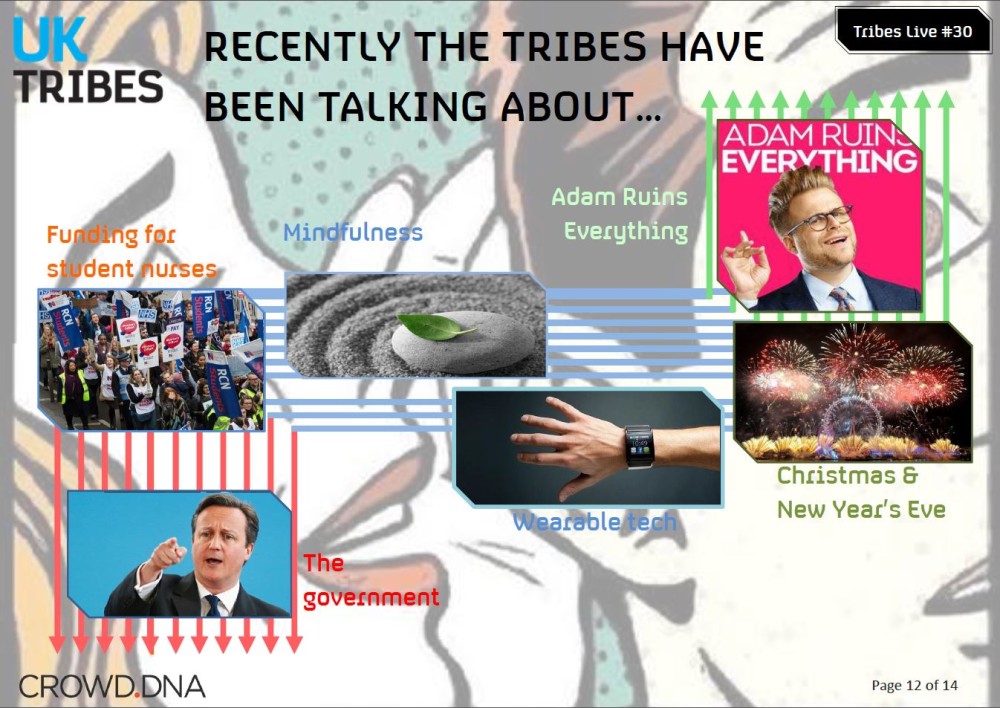 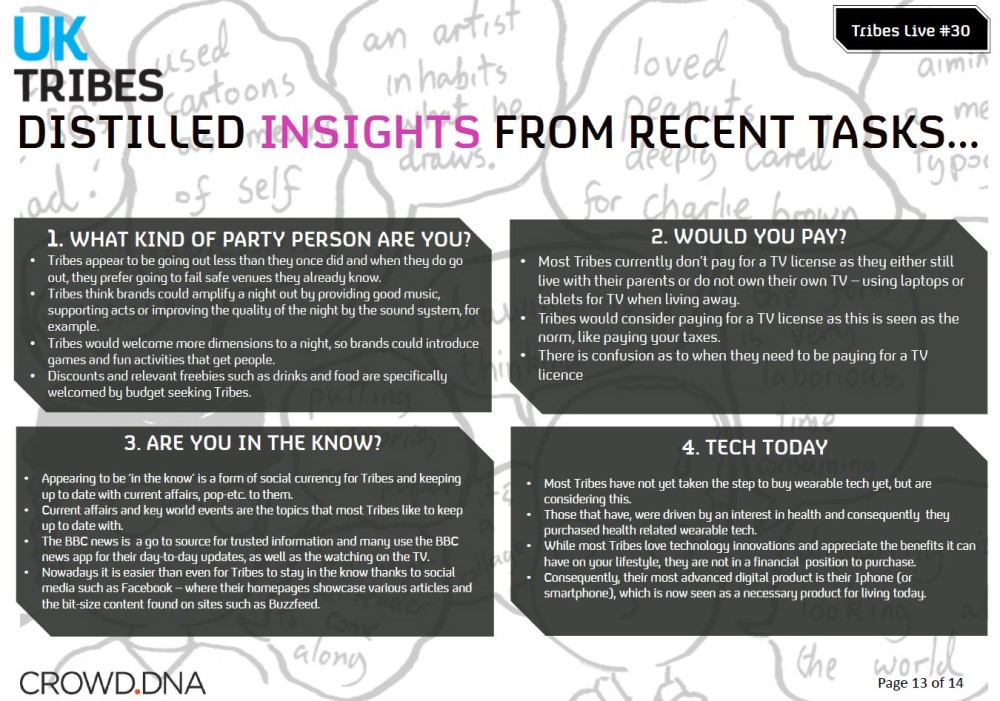 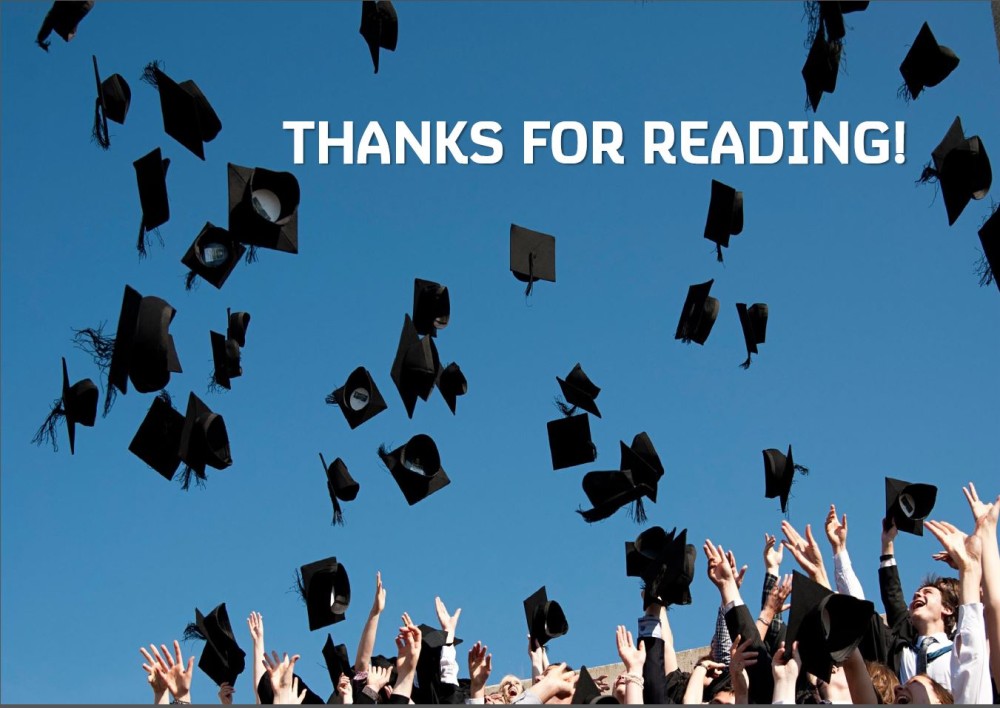 “I can honestly say that I’ve never really received any life advice of any use at school. Most of the life advice that I’ve had has come from my parents or from my own past life experiences and from society around me in general.”

It is a reoccurring theme in the history of youth culture: young people are much more liberal and free-thinking than the generations that came before them.  They are the driving force behind new and revolutionary thinking. This generation of Tribes is no different. They’re helping redefine gender and sex, they’re open to talking honestly about issues like drug use and they’re slowly getting their head around the stigmas of mental health issues.

One of the most profound drivers for this widespread liberal movement is growing up in an online led society – young Brits grow up fast with endless access to information that feeds their hunger to explore the world. It’s safe to say that growing up as a young person has changed a lot in the past 15 years. Back then, the average 12 year old didn’t even have a mobile phone, whereas now most 12 year olds not only own a (smart) mobile, but are glued to it. This technological approach dictates their views on various life issues, which is considerably different to older generations; the advent of information sharing, social media, and mobile connectedness makes them more ‘life savvy’ at a younger age.

Young people are in a position to form strong opinions on various ‘grown-up’ sociological and ethical issues. These issues will be discussed and shared with friends and peers, however, there is a clear unrest amongst young people about the lack of support and guidance offered to help them develop their views at such a crucial time in their lives.

THE STATE THAT EDUCATION IS IN

So where does education fit into all of this? Well, the Internet is an unstoppable force, providing the ideal arena for young people to learn everything they need to know about growing up. At the same time, information is uncensored and often without context. For this reason, education at school is vital in terms of providing trusted help and guidance about how young people can navigate the world and all its complexities.

A number of recent reports have highlighted the shortcomings of the UK’s education system, which appear to have a significant impact on life for young people:

These stats act as reminders of the problems that can arise among young people when issues such as, sex and drugs are not addressed by those that are in a position to support and educate.

Four years later I don’t think I’ve ever looked back on a PSE lesson or lecture and thought – Yeah, that really stopped me from making a bad decision.”

Tribes say that while there is advice and lessons given at schools around ‘life topics’; aka PSHE (Personal, Social, Health Economics) they feel both the approach and content is significantly out-dated. This goes for the material used to discuss the topics (which originated in an age before smartphones even existed) to teacher and student relationships, largely consisting of closed-ended conversations and un-engaging learning experiences.

Tribes say that it feels like teachers can’t relate to real and relevant issues, and students are not treated as adults despite discussing adult subjects. This makes lessons feel irrelevant and more importantly, all vital life advice falls on decidedly deaf ears.

Ultimately, it seems that most of the problems in life education are caused by a disconnect between what the real world expects young people to know and what they are being prepared for by the system.

So according to Tribes, PSHE lessons are extremely out-dated and they feel there is a gap between their reality outside of school and the ‘reality’ taught in school. Consequently, they have little faith in the education system’s ability to offer valuable life advice. At the same time however, Tribes are also out-spoken and constructive in their criticism – they have clear ideas about how education can be changed for the better and they are happy to share them.

According to the Tribes we spoke to, it all starts with updating educational content. Secondly, and clearly linked to this idea is the suggestion to introduce more relevant advice. Things like up to date information around best practice of social media use, for example; this is a vital part of their daily routines but there is not enough real, easy to find information about safe guarding against online bullying and internet predators.

Safety online is important – because so many people open themselves up to fraud and stalkers by posting their every move – along with location – online.”

Even as a sassy 20-something – [being taken advantage of online has] happened to me before! And you can feel too scared to say no – even at this age. So imagine a 16 year old girl – she’s just going to go with what she presumes is the status quo! I do think schools have to be quite serious about it – I don’t think you should pussyfoot around the subject of sex. I think it’s more important to be honest than trying to make it pretty!”

Tribes say there also exists a need for more open conversations around sexual preferences; gender equality, relationships and consent. How to deal with these topics tactfully while ensuring young people are aware of right and wrong – eliminating the outlook that sex is cool and making them aware that it is right to listen to gut feelings about who they are and the people they’re attracted to.

In the Netherlands young people are  getting sex and relationship education from kindergarten. The format of this education from an early age is about a broader emphasis on young people’s rights, responsibilities and respect that many public health experts describe as the foundation of sexual health. And this approach seems to be effective according a 2008 United Nations report that states that the Dutch model, when applied effectively, allows young people to “explore their attitudes and values, and to practice the decision-making and other life skills they will need to be able to make informed choices about their sexual lives.”

While sexism should be addressed at school, a non-discriminatory attitude should be promoted within education from an early age

According to Tribes, the same goes for dealing with drugs – they call for a move away from focusing on the medical impact of drugs on the body, that currently seem to fail in encouraging change.

Instead they feel that talking about drugs should be started at an early age. It should be discussed in a way that makes them relate to the possible social implications that drugs have on them and the people around them.

The best drug advice I have ever had was listening to Jim Jefferieson the Opie and Anthony show talking candidly about his coke habit. He talked about serious bouts of depression – problems sleeping – problems in the bedroom – and then realising that most of them could be traced back to drugs (and lifestyle). I think this is a difficult step for schools to take – because you can’t just tell teachers to be compassionate. There is no two-day course that will let you talk about drugs freely and easily and help children navigate complex social situations that may end up in the taking of various substances. The Internet can help with this. YouTube especially. I don’t know what would work – but we need to build an official repository of resources that can be shared with kids that aren’t just DRUGS ARE BAD DONT TAKE DRUGS.”

And finally, Tribes think we should be addressing mental health at school – again it is vital to open up conversations. They feel we have to understand that young people won’t necessarily self diagnose or know how to ask for help but they do need support when facing potential mental health problems.

Impressive examples of how to tackle mental health taboos in education can be seen by a few schools in the UK. These initiatives have used the force of pupil power to tackle mental health related problems. Take for example Corelli College a South-East London college that wanted to tackle one of their biggest social responsibility problems – the mental health situation of the students. They did this by designing a system that is built on students supporting each other. The students began with a listening exercise, talking to their peers about their experiences and reporting their findings to teachers.

This “wellbeing audit” identified the most pressing needs: increased staff awareness of self-harm, and student training in anti-bullying techniques. This approach is so effective that the school now has 60 students that are qualified as peer mentors.

Teaching kids about stress, depression and anxiety is extremely important. The answer should be fairly obvious – but I feel that as kids grow up – they are likely to experience certain feelings that will shape their personality for the rest of their life.”

In terms of expectations for the future, Tribes want their liberal and freethinking mentality expressed in education too. Only by changing education in such a way that it matches the fast moving stream of modern mobile society, can “life savvy” young people really find the necessary guidance required to navigate this complex world.

The teachers and materials were out of touch with the current state of affairs – I remember once watching a video about drugs that a friend’s brother (15 years our senior) remembered watching.”

So in summary,Tribes have given us the following advice to help them:

As we draw closer to the start of the academic year, we decided to speak to our community of 16-24s about their attitude... Read more about Young People and Higher Education
Your Browser is Outdated!
To experience this and other websites the way they're meant to be experienced, we recommend you update your browser.
Learn More and Update Your Browser